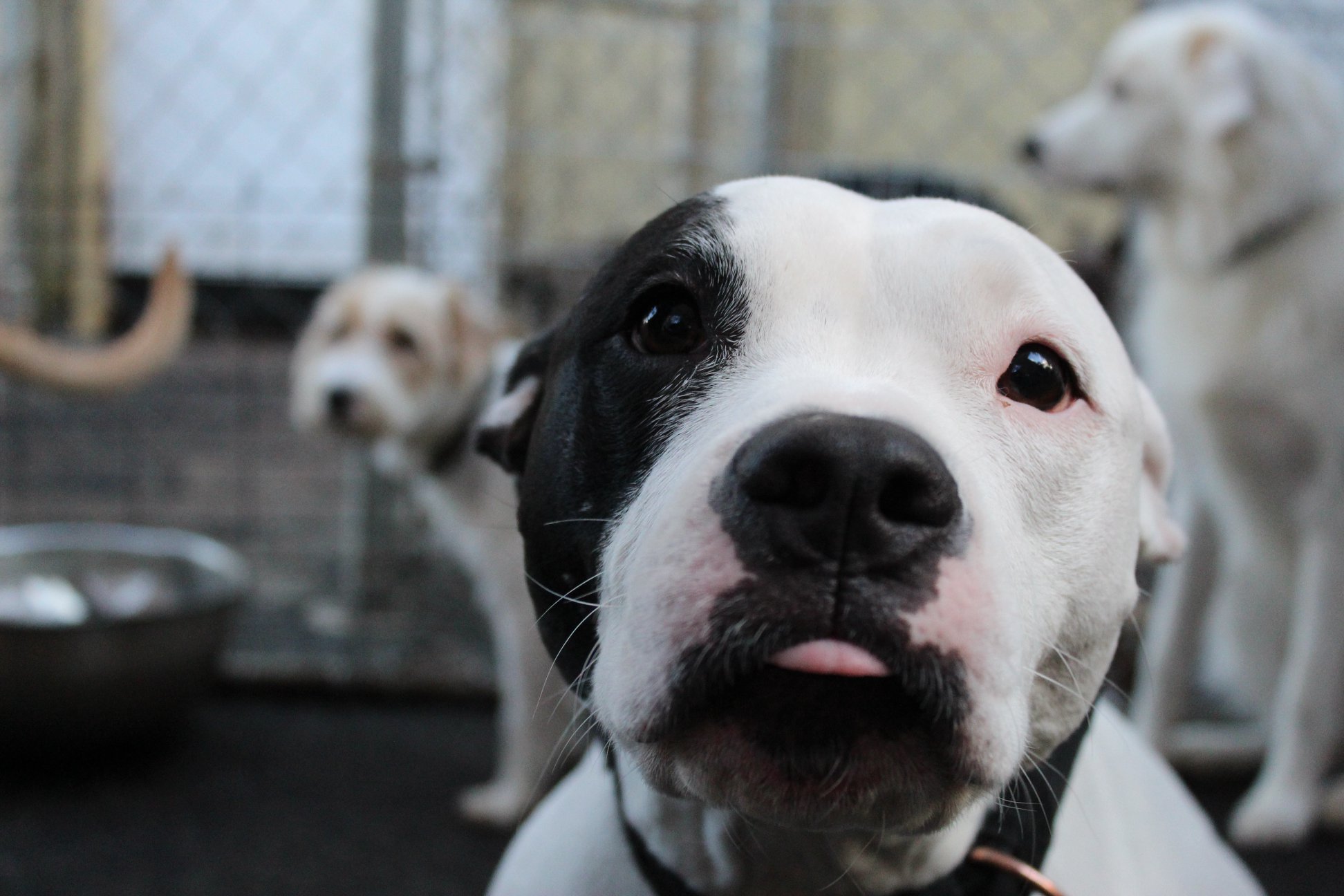 By: The Stewart Family

I am no stranger to dogs and considered myself a fairly competent trainer of my dogs, until 12/30/17. On that date we had an incident in our home involving our dogs, three pit mixes and a terrier mix, which required a doctor visit and serious contemplation on re-homing one of our dogs, Bean. Around the age of 1 she began to exhibit signs of what we thought was dog aggression. I tried everything I knew and for short periods of time, it worked. Until it didn’t. On that date in December I was ready to give up, and almost did.

Bean was a rescue dog and we were ready to turn her back over to the rescue, I even had the paperwork filled out and signed. God had other plans. We began to feel as though the rescue business was blaming us for the incident, and they certainly weren’t listening to our concerns or our desire to be involved in the rehoming process. Bean was a family member and we didn’t just want to throw her away. My wife began to search for dog training in our area and U.S. Canine was the first suggested business she sent me.

I looked at their webpage and eventually made my way to their testimonials page. The first success story was that of Summer & Mason. While reading their story I could feel the frustration and sadness the Hambricks felt and completely identified with their story. I thought if these people can help Summer and Mason, there has to be a chance for Bean. I contacted them and we scheduled an evaluation. The day of the evaluation arrived and to be quite honest I went in fully expecting them to tell us we would need to re-home Bean because of her issues. I could not have been more wrong. I was immediately at home with these fine people. I felt like a member of their family and they were there to put me at ease. Not one time did they ever say, there is no hope. Quite the opposite in fact. From the moment she introduced herself, Angie let us know, it would be difficult but we can help Bean and the rest of your family as well. We assumed all of these incidents were just because of Bean, boy were we wrong.

Although Bean received the most intensive training, all of our dogs were brought in for evaluation. What we found was that each of them was responsible in their own way based on their personalities, triggers and responses. The most disappointing thing for us, we were likely just as much at fault as they were. Angie and her team were able to guide us through recognizing behaviors which needed immediate correction, how and why to correct them, what each dog needed to keep them at Zen, and ultimately how to integrate Bean back into our pack so these issues do not rear their ugly heads again.

The process is long. The process is difficult. The process is lifelong, especially if you are serious about your dog or dogs being an integral part of your family. The process is worth every penny spent and every ounce of energy and time put into it. If you are at your wits end, these are the people you need to call, yesterday. What are you waiting for, pick up the phone!