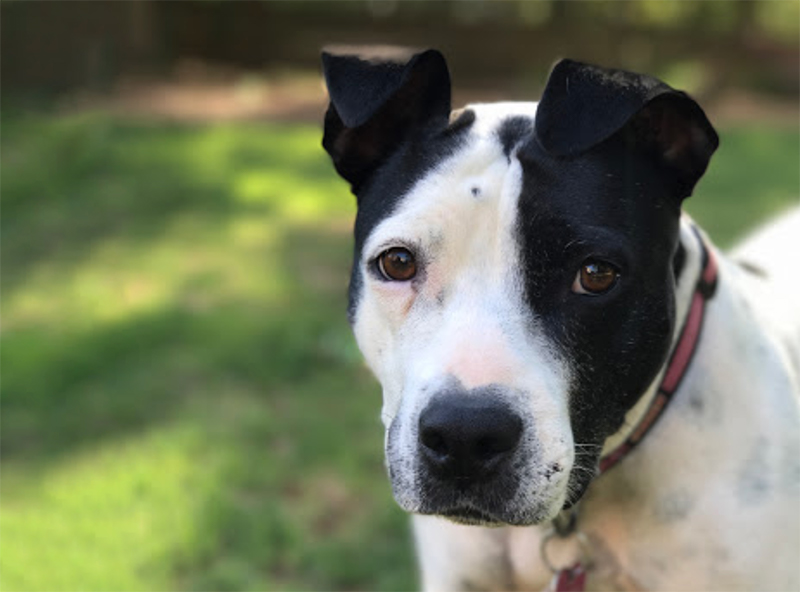 4 years ago, I rescued my dog Ladybug, a 50lb American Bulldog, from a shelter. We assume she didn’t have the best past based on her physical state at the time and her lack of confidence/mistrust of other people and animals. Once you’re a “friend” of hers, she is loyal, loving, and perfect. However, her first time interactions with people weren’t pretty. She would bark aggressively and she even “snapped” at people a couple of times. Most people who met her and experienced this behavior became terrified of her (her breed doesn’t help). Therefore, I started living a very isolated lifestyle… never inviting people over but always going out and leaving Ladybug at home. Many of my close friends were never allowed to even meet Ladybug. I avoided negative interactions by avoiding interactions as a whole.

Ladybug also wasn’t good with other dogs. Walking her in public caused extreme stress, so I would try to find remote places where I knew other dogs wouldn’t be. And I knew my time fostering dogs was over as soon as I adopted her.

I decided to put Ladybug through U.S. Canine’s immersion program. And to say that it’s been life-changing doesn’t do it justice. Now I can have friends over. People who knew Ladybug before the program say that she’s “a different dog.” She has all the same sweet personality quirks, but her confidence level is so much greater, and she trusts ME as the pack leader to handle situations and tell her when to stop barking.

I’m no longer terrified to take her on walks, and I even brought home a foster dog about a month ago… something I NEVER thought would be possible with Ladybug in the home. And they’re doing so well together!!

I recommend this U.S. Canine to anyone and everyone. I feel like they gave me my life back. The entire team at U.S. Canine understands dogs in a way that I didn’t know existed. It is worth every penny. Even though I live over an hour away, I still take Ladybug to U.S. Canine when I need boarding. She LOVES it there and is so happy to hang with their “pack” — something I never thought she’d be able to do.