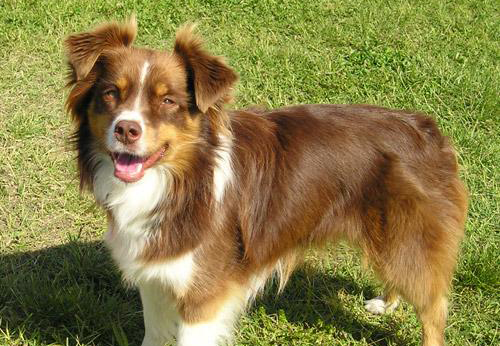 If you have an anxious dog, a highly reactive dog, or a dog who keeps you from being able to have people or other animals over, do not wait one more minute to call U.S. Canine and set up an evaluation. My dog was highly reactive towards new men. I couldn’t have friends over because of it. She was also highly reactive on the leash, lunging or freaking out when bikes, skateboards, or loud cars passed us. We had to stop going on walks because it became too difficult, she was terrified of the trashcans on the street.

My mom and I were somewhat skeptical as we drove up to Buford, but when Josh, a tall guy (even more of a trigger for my dog), came around the counter and Nellie started barking and freaking out, he miraculously and calmly got her got to *immediately* calm down. He then approached Nellie and pet her. My mom and I were stunned. That has never ever ever happened before. We committed right then and there.

They don’t claim to “fix” or “cure” your dog, but to train them (and YOU) to handle reactive situations. Now I know how to position my body, control my body language, and handle situations appropriately.

My friend’s 6’7 black boyfriend came to stay at my place for a weekend (I mention that he’s African American because that was another huge trigger for Nellie), and we didn’t have one single problem. Not one. It’s not like she was his best friend, but she allowed him to pet her in multiple occasions, she sat next to him, she didn’t run around out of my control barking and scaring him. I cried when he left because I was so happy. It’s such a relief to know that I’m in control, to know that Nellie will not deter future relationships or friendships, that Nellie is happier and healthier and less far less anxious.

Now, like I said, Nellie isn’t cured. She still gets nervous, but I’m far better equipped to help her thanks to U.S. Canine. Previously I would get to the point where I would yell or force her to be pet or just leave. But the people at U.S. Canine understand dogs like “regular” humans do not.

Lastly, there is no other place I will ever board Nellie other than US Canine. I’ll admit I’m a bit of a helicopter dog mom, but I was never ever worried while Nellie was at camp. I know they will not let anything happen to her while she’s in their care, it’s so comforting. Whenever I go on a trip or need to board Nellie for whatever reason, I only send her to U.S. Canine, even though it’s an hour out of my way. They give me such peace of mind.

Give these guys a call. I can’t tell you how much I appreciate Josh, Angie, Joey, and all the wonderful trainers and caretakers at U.S. Canine. They gave me my dog back, and for that, I’m forever grateful.