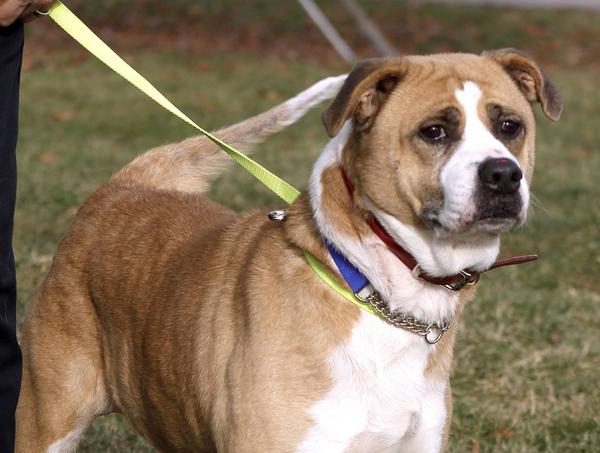 Compassionate. If we had to pick just one word to describe Josh, Angie, and all of the U.S. Canine staff, that would be it. Their ultimate goal is understanding your dog’s sensitivities, energy, fears, (the list goes on) and then finding ways to help them reach balance. Their techniques are not about dominance for the sake of being “the boss” but rather true leadership that dogs and humans alike can not only sense, but are drawn to and eager to follow.

The effort that Josh put in to build trust and a special bond with our fearful dog Rusty is unlike anything we have ever seen. Many years ago, we had a terrible experience with a person we now know was abusive to Rusty in his care. We never thought we could leave Rusty with someone else besides family until we met Josh and Angie.

U.S. Canine is the ONLY place we can feel comfortable leaving Rusty. It’s hard to put into words the feeling of inner peace that came with knowing Rusty was in good hands when we dropped him off for his two week program. For the past 8 years, nobody but family could put a leash on Rusty. No male stranger could pet him. The very first day we met Josh, he had Rusty on a leash by his side within 20 minutes. A week into his stay, Josh even gave Rusty a bath and held him in his arms like a baby. When we saw the picture of Rusty looking so content in Josh’s arms, we were overcome with pure joy and relief. If there is any place that can help both you and your dog move closer to a balanced, harmonious relationship and life overall, it’s U.S. Canine.